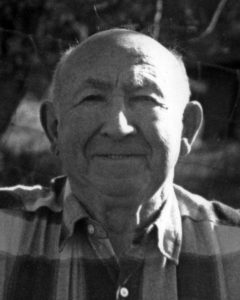 Before the arrival of the winemaking trendsetters of the industry in the early 1970s, and certainly before the sudden international popularization of fine wine varietals from California at the Judgement of Paris in 1976, there were outlaw vintners in the hills— young, restless hipsters who had become curious about what was possible beyond the generic reds, whites and rosés being sold by the gallon at grocery stores and drug stores in those days.

In the hills above Sonoma Valley an old world farmer by the name of Joe Miami was teaching what was happening in the vineyard throughout the year to those who would listen, and helping them learn how to nourish the character of the harvest in dark cellars throughout the winter. It is believed that the great wines of Sonoma Valley can be traced back to his tutelage in the late Forties and early Fifties.

A local vineyard manager remembers how he first met Joe in a characteristic story of the legendary man. He was clearing a large field by himself, in preparation for installing a vineyard, when he noticed a pickup had pulled over to the side of the road and a man get out to lean against it with his arms folded, quietly watching him. Curious, he went over to meet the stranger, who immediately took his arm in a firm vise-like grip, looked him in the eye, and said “you look like a man who’s not afraid of hard work,” and he hired the young man to work with him on the spot.

“Joe suffered no fools,” it was easily said. Friendships with him deepened over the decades, and were based upon deep mutual respect— “We worked hard, and did what we were told.” A great Joe Miami story involve the removal of a giant boulder while preparing a field for a vineyard. Several people were trying, unsuccessfully, to pry an enormous stone from the ground. Joe took the pry bar from them and walked around the boulder, tapping it gently at various points; he then brought the pry bar down hard on the center, and it immediately shattered into a pile of gravel, which he told them to shovel up.

There is a characteristic snapshot of Joe as a young man with his pet deer— a buck fully antlered standing with its front feet up on his shoulders— calmly feeding it some of his chewing tobacco. His strength was apparently phenomenal; once, when he asked two men to bring fencing wire up to where they were working, he was amused to watch them run a pipe through a spool of wire and lift each end. He allowed as he could carry one under each arm, and they believed it.