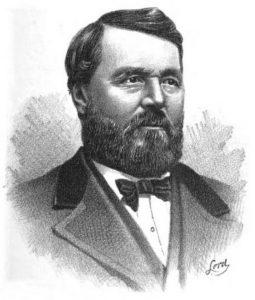 William McPherson Hill had come to San Francisco to join his father, Dr. John Howard Hill, before buying property in the Valley of the Moon in 1851. He is credited with making California’s first really famous Zinfandel as early as 1855, when he and General Vallejo owned the most extensive vineyards in Sonoma County. On May 20, 1870, the Alta California claimed Hill’s Zinfandel “would take the first at a National Exposition.”

In 1890 Hill sold seventeen hundred and sixty acres of his ranch to the state for the California Home for the Care and Training of Feeble Minded Children, now known as the Sonoma Developmental Center— an institution that has made a significant impact on the region.